Where we’ve come from.

It all began in the USA in 1954 with a milkshake machine salesman named Ray Kroc. Ray received an order from the McDonald brothers’ hamburger outlet in California. He was fascinated by their operation – the menu was simple and inexpensive but the hamburgers were good; the fries were made in-store; and the shakes were thicker than usual.

So Ray put a proposition to the McDonald’s Brothers. “Let me open new McDonald’s stores and I’ll give you half of one per cent of the gross sales for the use of the name and the idea.”

The McDonald’s brothers accepted and Ray opened his first store in Des Plaines, Illinois. He began to build the business by granting franchises to local entrepreneurs who were committed to the McDonald’s principles.

By 1960 Ray had opened 200 restaurants throughout the USA. In 1961 he bought the McDonald brothers’ share of the business for $3 million and in 1965 the company went public and became the McDonald’s Corporation.

Today, McDonald’s® has more than 30,000 restaurants in more than 120 countries on six continents. Every day, meals are served to more than 50 million people worldwide. 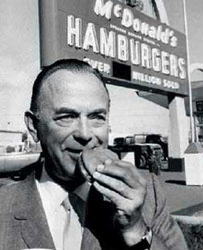 1972 – The 2000th restaurant opens in Des Plaines, Illinois. The Quarter Pounder® is introduced.

1975 – McDonald’s celebrates its 20th anniversary. The Drive Thru concept is unveiled in Oklahoma.

1976 – McDonald’s opens its first restaurant in New Zealand on 7 June, located in Porirua, near Wellington.

1990 – The world’s largest McDonald’s with 900 seats opens in Pushkin Square, Moscow. A McDonald’s restaurant now opens somewhere in the world every 14.5 hours.

1993 – McDonald’s becomes the second most recognised brand in the world. The world’s first McCafé® opens in Melbourne, Victoria.

1996 – McDonald’s is invited to operate the first ever branded restaurant in the Olympic Village.

2009 – Addition of Angus beef to the McDonald’s menu with the Grand Angus® and Mighty Angus® burgers.

2019 - Founding member of the NZ Roundtable for Sustainable Beef. 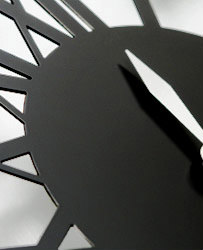